Empathy, political correctness and the feminization of Western culture — and why we should worry 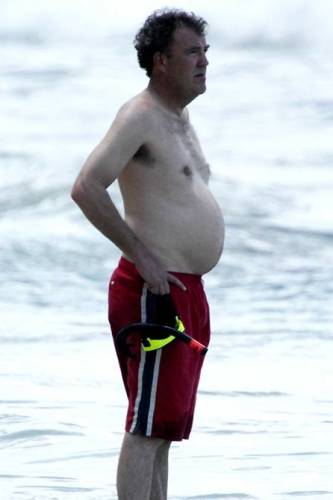 A few weeks ago Jeremy Clarkson, a well-known British TV personality, was asked on a BBC talk show what he thought of an ongoing strike by UK public-sector workers. He replied:

I’d have them all shot. I’d take them outside and execute them in front of their families. How dare they go on strike when they’ve got these gilt-edged pensions that are going to be guaranteed, while the rest of us have to work for a living …

Now, it was the sort of exaggerated remark that wouldn’t have seemed out of place at a pub or a even at a cocktail party. People would have understood it as an example of rhetorical excess—particularly coming from Clarkson, who indulges in it fairly often. Somehow, though, Clarkson-style rhetorical excess is considered threatening to the fragile minds of UK TV viewers, and so this episode triggered the familiar expressions of outrage, demands for his firing, etc.—from the usual offense-takers and outrageists, who by now comprise a sort of immune response against any flareup of un-PC talk in the media. (Both the BBC and Clarkson had to apologize.)

The PC/un-PC battle of the past two decades is winding down, in favor of the former; and besides, it’s old news. But there is an aspect to this struggle that seems worth highlighting, because to my knowledge no one has picked up on it.

Note, however, that “take them outside and execute them in front of their families” is not just an impulsive, brutish expression of anger. It contains a far-sighted strategy: not simply to punish miscreants but also to make a public example of them, so that others will be discouraged from behaving in the same way. In this sense, it is rational and utilitarian, and aims to minimize net punitive force and pain in the long term.

What it lacks, of course, is empathy for those who would suffer in the near-term from such a course of action. The psychologist Simon Baron-Cohen has been arguing, for some years now and with evidence from his and other studies, that too little empathy is a sign of too much “maleness,” cognitively speaking:

Baron-Cohen proposes that the autistic or Asperger’s brain is for the most part a hyper-male brain, with too much systematizing ability—though a high amount would be good for many modern high-tech jobs—and too little empathy. Even on ordinary personality tests, answering a utilitarian “yes” to a question such as “if you could save ten people by killing one in cold blood, would you do it?” is nowadays thought to indicate a disturbing lack of empathy. Answering “yes” to too many such questions can lead to a diagnosis of sociopathy, and these sociopathy tests are even used to determine whether or not criminals should be paroled.

Clearly, though, our views about what constitutes an acceptable level of empathy have changed greatly in recent centuries—even in recent decades. For example, we and other Western countries used to make quite free use of capital punishment, and in public spaces. Now capital punishment occurs only behind prison walls, and is much less common. Our wars too are far less bloody now, and though we care primarily about our own casualties, we also are far more sensitive to the harm caused to non-combatants than we used to be (think of LeMay’s deliberate fire-bombing of Tokyo civilians in 1944-45—and of course, Hiroshima and Nagasaki).

Un-PC speech—or speech that would now get that label—used to be common as well. We cringe at some of the things that men said (or did) to women or minorities in old Hollywood movies, or that politicians of even a few generations ago uttered in speeches while no one minded.

There has also been a feminization and de-martialization of public grieving following atrocities, e.g., the terrorist kind: the angry, vengeful speeches of yesteryear have been replaced by flowers, candles and “forgiveness.”

It has been clear for a while now that these empathy-related changes in public discourse are due in large part to the recent, unprecedented entry of women into public life in Western countries. Women have not only the right to vote but also a presence in key areas of society—science, law, business, politics—as never before, and it would be hard to believe that their influence has not changed the culture, bending it towards their own cognitive style. People now use the jokey phrase “endangered white male” to refer to guys like Jeremy Clarkson, but what may be truly endangered here is the male cognitive style.

That may not be a good thing, if the male cognitive style evolved to be optimal for managing societies, while the female cognitive style is tuned for the rearing of children. There is a tendency in our culture now to treat empathy as a trait to be simply maximized. But “understanding and building systems,” as Baron-Cohen puts it, is useful, too—and perhaps most if not all of our culture’s greatest failings now come not from a lack of empathy but from a failure to see how complex systems fit together, and how they may fly apart.

What also worries me is that too much empathy, or other related aspects of the female cognitive style, may be—we don’t know; probably no scientist would go near this question—less compatible with the reasoned debate and calm analytical thinking that are presumably needed in a healthy democracy, or in any mature society. Several years ago, then-Harvard President Lawrence Summers (who was later a White House adviser) referred rather delicately to the possibility that male/female cognitive differences partly explain the relative lack of female professors in math and science; he was, in effect, shouted down and forced from his post. A vocal minority on the faculty (representing the female cognitive style one might say) deemed Summers’s suggestion too offensive, the man himself too insensitive. Apparently it did not occur to them that they were helping to illustrate his point. (One female professor earnestly told a reporter: “When he started talking about innate differences in aptitude between men and women, I just couldn’t breathe because this kind of bias makes me physically ill.”)

An inflexible, authoritarian, shout-them-down tendency is often said to be a feature of PC-think generally. PC-driven marches and protests (on campuses for example ) typically are meant not to broaden a discourse but, rather, to repel or suppress an unwanted speaker—much as a mother, without any pretense of democracy or debate, would try to protect her children from an unwanted influence or their own innate waywardness. (“Because I said so!”)

Americans on the whole appear to be getting more like this: more extreme and emotion-driven in their politics and public discourse, and less open to opposing views. Could the rising influence of the “fairer,” more nurturing, less violent sex be a major reason?